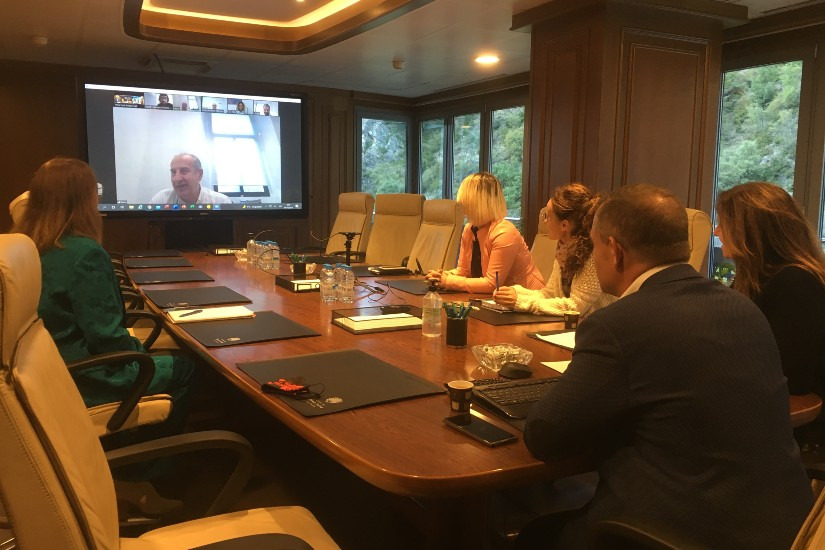 On October 14, Manises and Sant Julià de Lòria met virtually to share the way that the two cities have followed in their candidature to be part of the UNESCO Crative Cities Networt.

The two cities are presented in the creative domain of Crafts and Popular Arts. Manises has its mainstay in its ancient tradition in ceramics. Sant Julià de Lòria in the simple mountain crafts of iron and wood, and in its great activity in traditional popular culture.

The meeting was attended by the Mayor of Manises, Jesús Borràs i Sanchis; the Councillor for Tourism, Àngel Mora; the Councillor for the Promotion of Ceramics, Xavier Morant; and Tourism technician David Prieto. On the part of Sant Julià de Lòria we had the assistance of the Hon. Sr. Josep Majoral Obiols, first mayor; the Hon. Mrs. Mireia Codina, second mayor, and the Councillors of Culture and Tourism and Sports, the Hon. Mrs. Sònia Carrillo and Diana Sánchez, respectively; the Head of Documentary Writing Teresa Rodrigo and the advisor on cultural projects Anna Mangot.

We hope that from this first contact future joint projects can be born, as synergies have been found in the candidature plans of each one at the level of artistic residencies for young artisans.